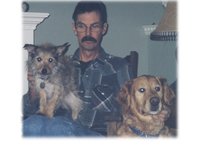 Brooks, Terry Wade It is with heavy hearts that we announce the passing of Terry Brooks of Orillia, Ontario on March 21, 2020. Beloved son of Marion Brooks and the late Ronald Brooks. Terry is remembered and loved by his sister Cindy Yeo (Peter) and brothers, Randy Brooks (Michele), Richard Brooks (Mary), and Michael Brooks (Karen). He will be missed by his nieces and nephews, Matthew Brooks (Michelle), Cody Brooks (Vanessa Tobar), Colton Brooks, and Stephanie Yeo (Michael Gilbert). His great-niece and nephew, Brielle and Grayson will miss his playful, loving nature. Terry had a great fondness for animals. If so desired, memorial donations may be made to the OSPCA, made through the Simcoe Funeral Home 38 James Street, Orillia, ON L3V 1L1, (705) 327-0221. Messages of condolence are welcomed at www.simcoefuneralhome.ca